As promised here is part two of how I used to decorate my property with DIY Halloween props.  If you missed part one you can see it here.  These photos were taken a long time ago, sorry for the quality.

My favorite prop was the Headless Horseman and his horse Dare Devil!  🙂 That’s my dog Ryker jumping in the shot!  I bought this lifesize fiberglass horse from an antique dealer who was closing down his shop.  This horse came to me in a green patina paint color.

I quickly transformed him into Dare Devil.  First up I had to fix one of his ankles, then I painted his whole body black.  After that was painting his nostrils, eyes and the white ghost blaze on his nose. I used a paint that was reflective for his eyes and the eyes of the pumpkin head. 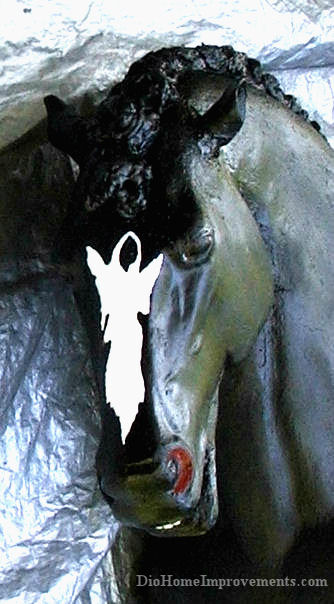 For the headless horseman I used chicken wire for his upper body, his legs were stuffed with paper and old clothes.  I bought real horse stirrups, riding boots and clothing along with a foam pumpkin that I carved out and a big fake ax.  I had movie set lights attached to a nearby tree to highlight this prop. 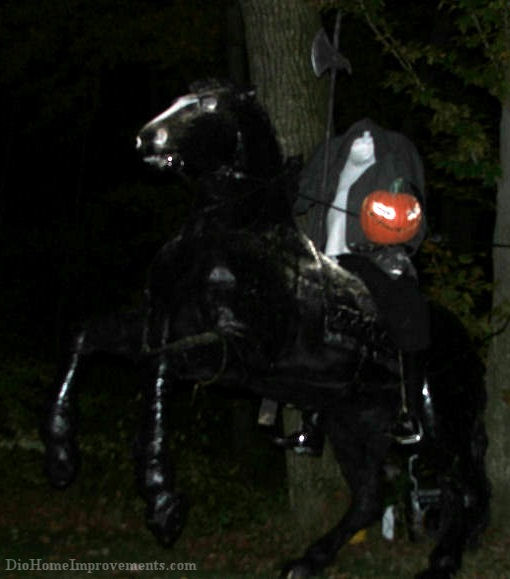 Another prop I made was Demon Skeleton.  I used a medical grade skeleton on a rolling stand.  The wings were made from parachute material, after cutting the shape of the wings out on two pieces of fabric per wing, I sewed the two pieces together leaving small gaps that I stitched rows into to hold pvc.  The pvc was used to keep the wings rigid.  After inserting the pvc into the parachute wings, I used the same reflective paint and painted the front of the wings so they would reflect light at night. 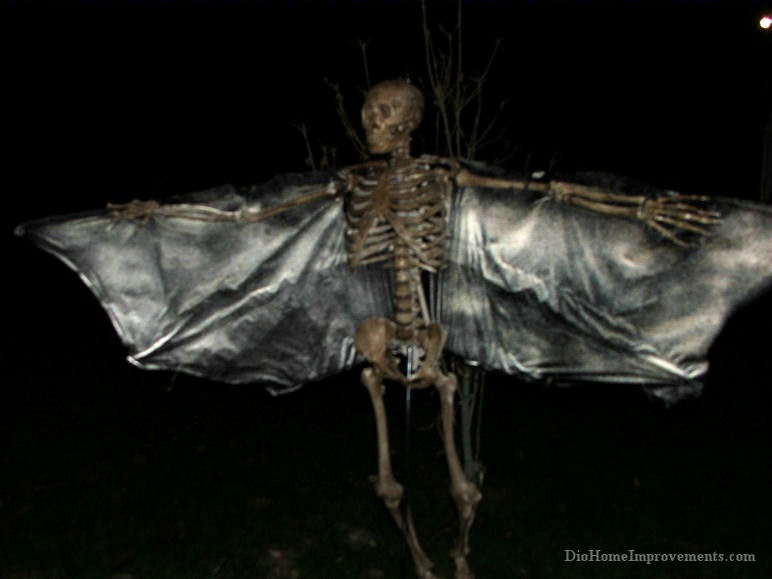 The creepiest prop we had was Jason from Friday the 13th.  We used chicken wire and wood to form his body.  He was dressed in a mechanic jumper and of course the mask.  These photos were taken with a regular camera (this was long before I had a digital camera) when we got the photo’s developed we noticed a face beside the mask – wicked creeped us out.  Do you see the face?  His victim was staying at “Camp Crystal Lake” 🙂 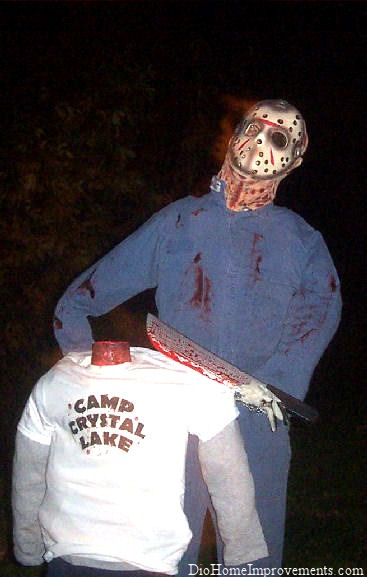 We used cordless lights made by a friend of mine, the lights were attached to stakes so they could be pushed into the ground and angled onto any prop, some lights were black lights as shown in the photo below other lights were regular white lights.

You can’t have Jason without having Michael!  Michael’s body was build the same as Jason’s, dressed in a darker jumper and his mask had a flashing light inside of it! 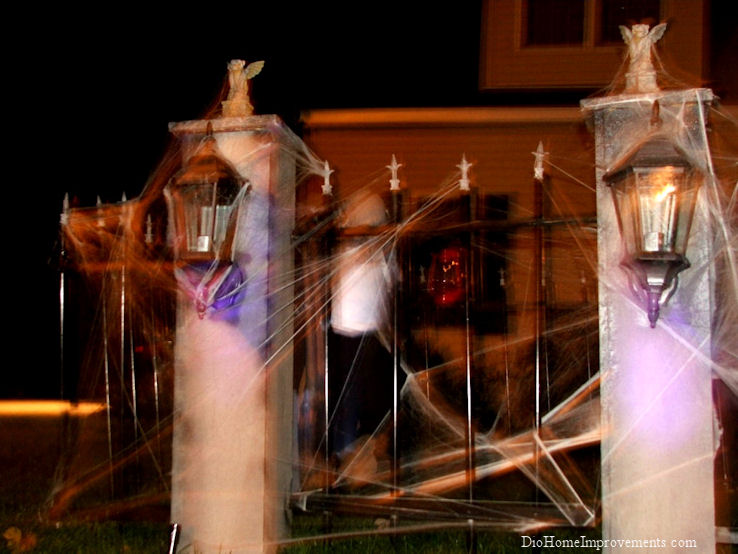 We built the columns with wood, attached a gargoyle to the top and a lantern to the front we used battery operated candle Christmas window lights inside the columns!  The Fence was made of pvc painted black with real metal finials on the top.

Here is one of the headstones with a battery operated prop light.

As for the the crypt which I mentioned in part 1   I used a diagram I found online but tweeked it a bit.  The crypt was made from 1 x  4’s and foam board insulation.  The structure was built with hinges on the inside so that it could come apart and lay flat during the off season, the top was attached with hooks so that could come off for easy storage as well.  Once the foam board was put up I drew lines where I wanted the blocks to be, my nephew used a dremel and went over the lines then we painted the structure inside black and the outside a variation of gray’s to look like stone blocks. 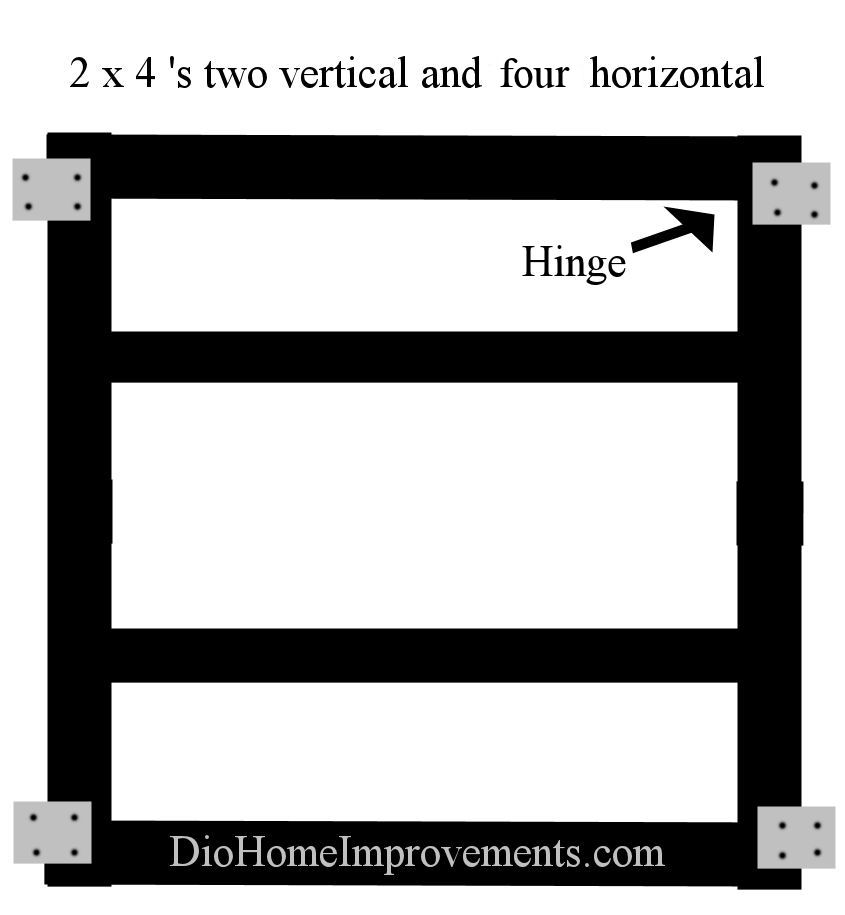 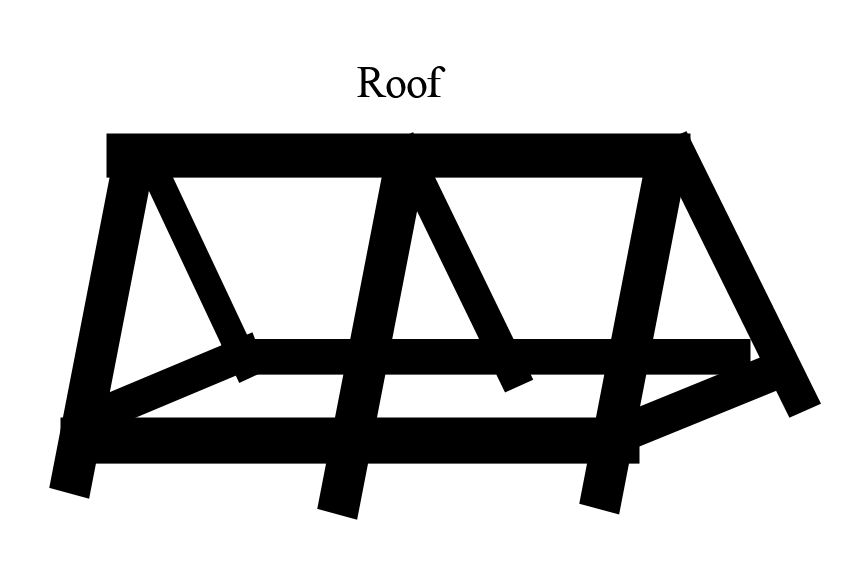 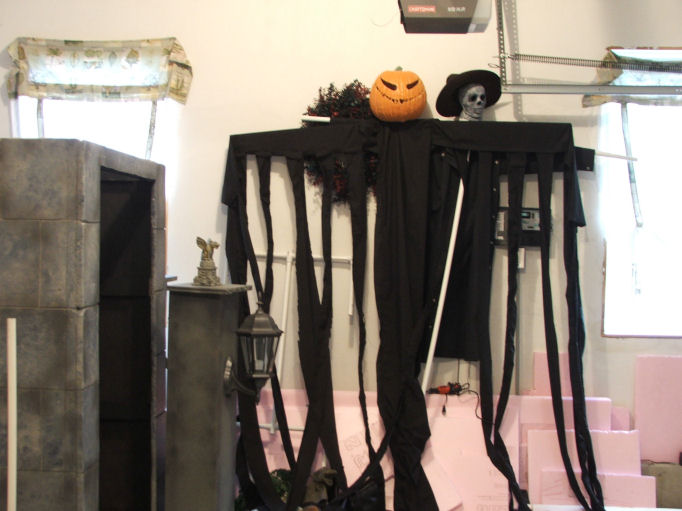 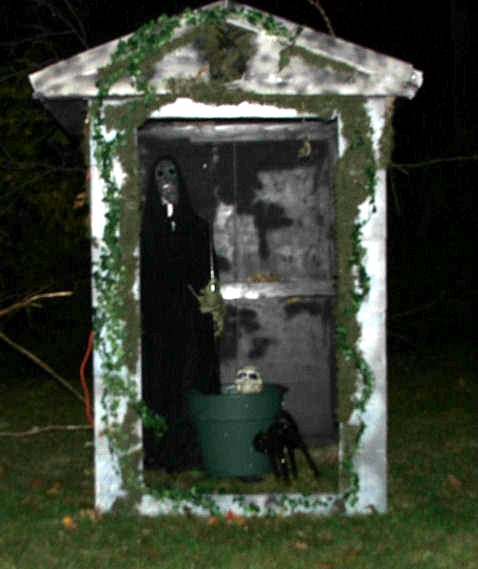 Of course my dog had his favorite prop 🙂 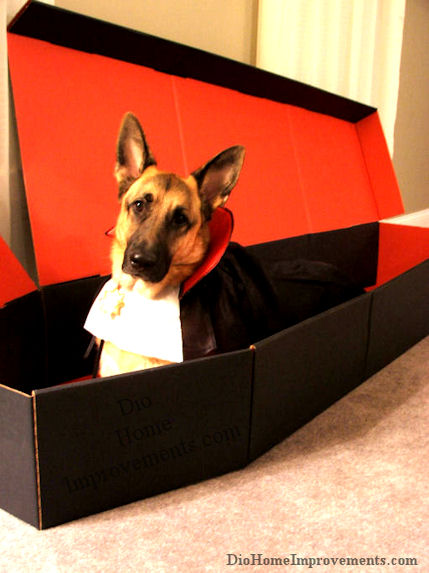 If you missed part one here is a glimpse!

This site uses Akismet to reduce spam. Learn how your comment data is processed.

My name is Dria (short for Alexandria) and I'm a DIY addict! My blog is where I share my crafty projects , as well as my home renovations. My goal is to help myself and others make our homes as beautiful as we can imagine! Read more… 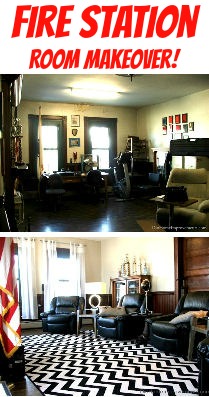 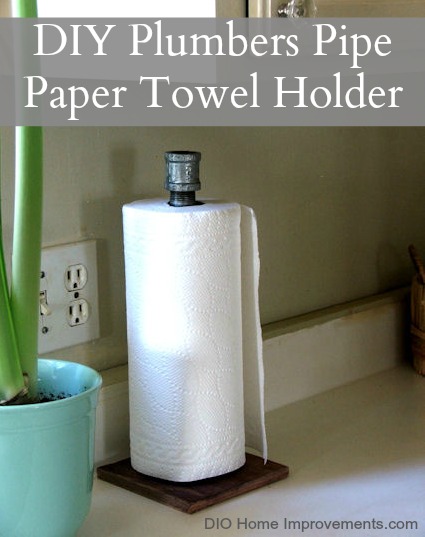 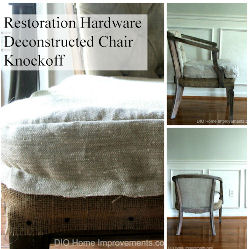 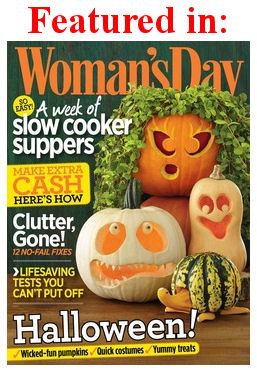 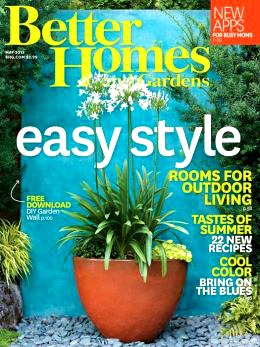 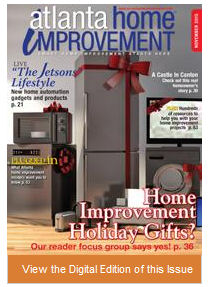 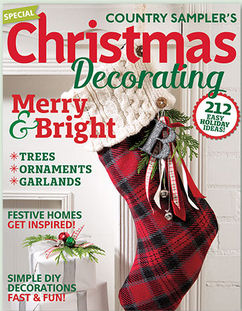 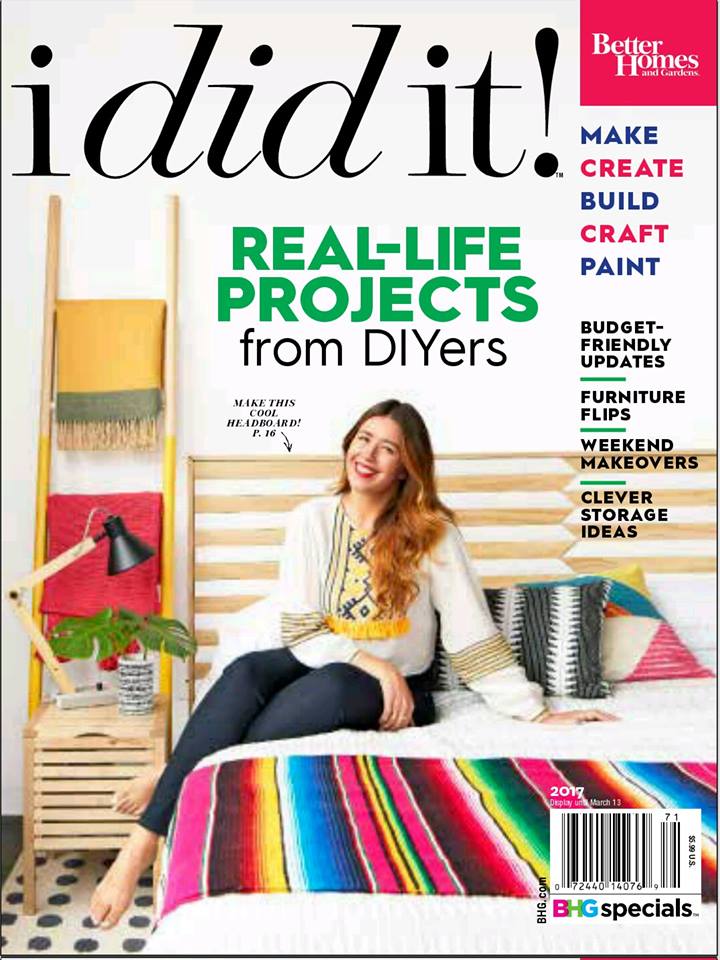